The entry of blockchain into our lives took place through its release by Satoshi Nakamoto in the period between 2008 and 2009. The Tapscott CEO and author Don Tapscott states that this new technology and data recording system has the capacity to create a revolution in the world economy. This technology, which is closely related to cryptography, brings a great innovation in terms of both the transparency and reliability of the transactions.

The blockchain technology enables to perform transactions without being connected to a center; and from this point of view, it provides a very reliable, transparent and fast service. The most important feature that ensures its reliability is that a saved database cannot be changed and corrected again; and in this aspect, it would not be wrong to say that blockchain is not a database but a data recording system. By this means, users can connect to the network without intermediaries, perform new transactions, verify transactions and create new blocks. 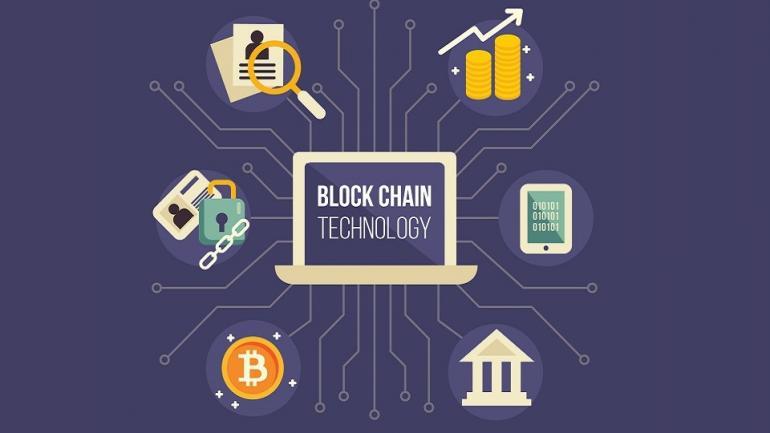 The blocks, in which the data records that are entered into the system are accumulated, are stored by interconnection along with the encryption algorithms like a chain link; and the chains are shared with all the users on a distributed basis. The block chains, in which the transactions are recorded, are kept so as to be able to reach all the users on the network in the same way and at the same time. In this sense, Blockchain ensures that unchangeable and nonmanipulable records are kept. In previous data recording systems, while a copy of the data is kept in a base called Server or Root; the blockchain does not allow a change of such copies by keeping them on all devices in that block chain.

Block chains are created and kept safe by means of the cryptographic encryption science. Cryptography is a cipher science; is a discipline that researches secure interaction systems in an environment containing unreliable third parties.

The interpretation of blockchain and the accompanying data recording technology by reducing it only to economy and money creates a great misperception. With the block chain technology, it is possible to create not only shopping records on money but also records in many areas. A wide range of many different data can be recorded on the chains in blocks, e.g. who is married to whom and who owns which land. Thus, given its wide usage area, it is possible to say that it is rather in life and a living technology.

How does the blockchain technology operate?

Computer programs operate by means of databases and these data are kept in centers called databases. In case these centers are damaged, it means that these data are lost or stolen. The blockchain technology has been developed to keep the database simultaneously on all computers on a network.

Each block chain needs a start block; and with the first transfer, the wheels of the blockchain begin to spin. So, what does the block chain consist of?

The digital blocks, which form the basis of the data recording system consisting of block chains, have been developed to store three different types of information. To exemplify the content of the blocks through the economy; the first block contains basic information such as transaction, transaction date, time and amount, and this basic information sets the sequence of the blocks in the chain. The second layer of information includes who performed the transaction, but here, there is a digital signature or a numeric code, not personal or company information, as another reflection of its reliability. In the third layer of the blocks, there is a coding called ‘hash’ that ensures the separation between the blocks and the correct process to take place in the correct block chain. Each of the blocks is unique and independent of each other; the information on the blocks cannot be deleted and changed so that the data recording sets forth the system reliability once again. 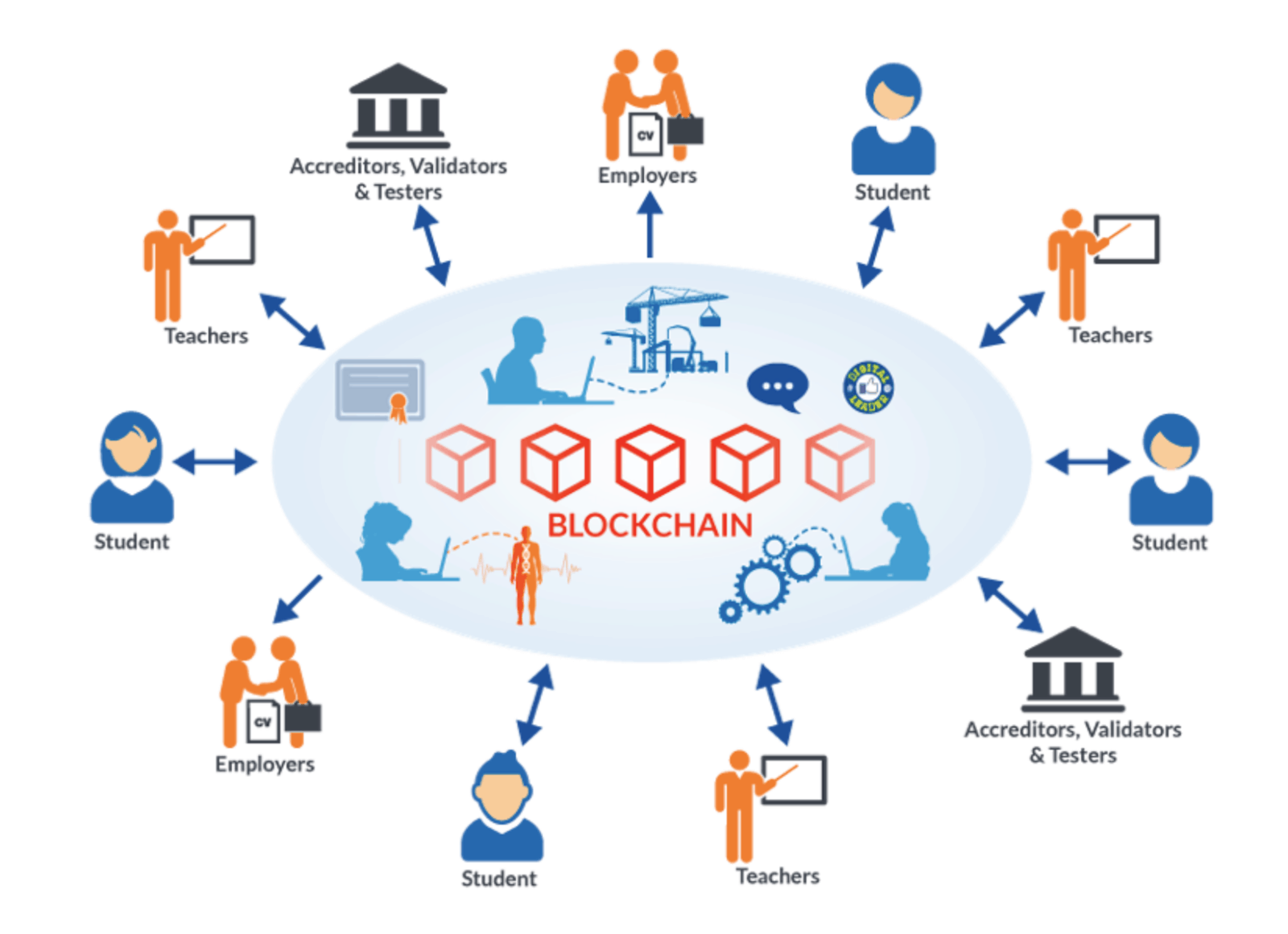 The usage areas of blockchain technology are unlimited. It can be applied in any situation where more than one person needs to make a joint decision and where everyone agrees with such decision. All sectors, from economics to medicine, science to academic fields, from transportation to law, are managed by information and transfers of information. The storage, processing and transfer of the information that forms the basis of the works and transactions performed constitute the basic activity of the said sectors. The blockchain technology has a huge implementation potential in the sectors. It reduces errors and risks, decreases costs, and securely transfers even the largest amount of information quickly.

In the field of law, it is possible to increase the areas of usage pertaining to the blockchain technology in a forward-looking manner, particularly by expanding in respect of information transfer and registration. With the mentioned distributed and reliable data recording system, the collection of researches and articles in a block and their inclusion in a data recording system in legal aspect offer a new area in terms of storage and data and also accessibility, when considered on a going-forward basis. In another aspect, a block containing files, proceedings and the relevant decisions, and a recording system enabling transmission of legal statements and evidence between the parties in a reliable and unchangeable way are also among the expectations of the law and justice system from the blockchain.

Personal data means any data related to an identified or an identifiable real person. With the blockchain technology, the law of personal data protection containing many national and international legal arrangements also comes into question. With blockchain, the destruction of information and data hidden in virtual data blocks and chains has become quite difficult. At this point, the rights and implementations enabling erasure of the personal data when necessary as well as the right to be forgotten represent an attention-grabbing practice, as observed also in the judgments rendered by the Court of Justice of the European Union (“the CJEU”) in previous years. The international jurisprudences and the judgments rendered by the CJEU are closely related to the Law numbered 6698 on the Protection of Personal Data (“the PDPL”).  Within the context of the PDPL and the CJEU judgments, individuals have the right to request for erasure of their data as part of the right to be forgotten; however, the blockchain technology’s unchangeable and non-erasable feature constitutes a distrust in the sense of personal data protection. In this context, the blockchain and law relationship emerges; and the said technology and data recording system are expected to comply with legal arrangements and decisions and to be updated accordingly.

The advancement of the blockchain technology has led to innovative developments such as smart contracts in the field of law, as this is the case with every field. In retrospect, the history of smart contracts goes back even before the blockchain technology. The smart contract, originally designed in 1994, was developed by the computer scientist Nick Szabo. Smart contracts, which could not be used much since the usage area could not be provided in the first years of its release, have come into question again with the blockchain technology and Ethereum. When considered in legal aspect, contracts are defined as “a transaction which takes place under two or more than two persons’ or entities’ mutual and consentaneous declarations of will in order to create a legal consequence and for which the laws support the compliance with its terms and conditions”.  Smart contracts, on the other hand, provide the service of transactions without any intermediaries by giving certain commands just like in the vending system. Vending machines are given a certain service command by inserting coins thereinto, and foods or drinks complying with the command can be obtained without needing any third party. Smart contracts take action in a specific database with a predetermined hash resting on the basis of the legally existing contracts and eliminate intermediary third parties; and in doing so, the whole process proceeds transparently, in line with the original reliability and dependability basis. Smart contracts offer usability in many different areas such as lease agreements, insurance, credit usage, legal transactions, crowdfunding.

Smart contracts are such data comprised of codes and hashes stored in a network or block contained in the blockchain technology. The contract, which the parties have issued between each other and determined its terms and conditions, is stored in a code, and the harmonization of the codes is ensured when necessary conditions occur and thus, it ensures the occurrence of the consequences pertaining to the contract. 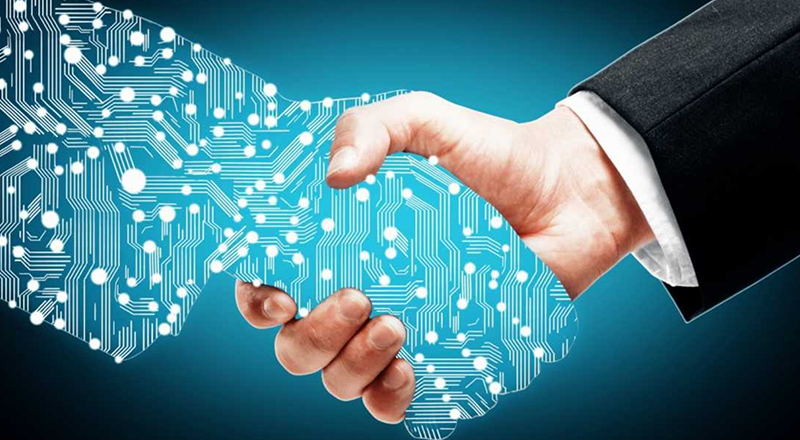 An example of the smart contracts that have been developed is the Smart Port project of the Rotterdam Port which is located in the Netherlands and provides the continuation of maritime trade with Europe. With the Smart Port project, the blockchain and smart contracts were stared to be used as combined with marine logistics for the first time. The mentioned logistics was started to be managed and processed with a smart contract in the blockchain technology; and by this means, the workload was decreased and the margin of error was reduced with the smart contract providing transparency, speed and cheapness. With the Smart Port project, the general specifics, such as goods transported and exit information, conditions of transportation, port of arrival, time of arrival, were made publicly accessible within the context of transparency.

When an analysis is carried out in respect of smart contracts and their usage areas and when the applicability is considered in respect of the legal system, it is observed that smart contracts provide an infrastructure that can be used in Turkish Law and even in the Laws of many Countries. There is no need for a legal infrastructure which is additionally regulated with regard to the applicability of these contracts; this is because, other than the contracts, e.g. those for sales of vehicles, title deed transfers, which are subject to certain requirements as to form, the applicability is possible in every field since all kinds of contracts not in violation of the law and morality can be concluded and can maintain their validities.

With the advancement of smart contract and blockchain technology and the increase in its usage area, the future’s lawyers, legists, jurists, and everyone who is part of the legal system will also be expected to know how to write and read codes, in addition to having legal knowledge. In this context, the increasing needs and developing technology will progress synchronously; and the lawyers, legists and jurists will be required to have knowledge in the field of informatics as well.

2019 Legal Validity of the Contracts Established in Electronic Environment
More

2019 What is the Land Owner’s Liability to the Contractor in case the Land Owner Does Not Deliver His Land in a Condition Convenient for Construction?
More